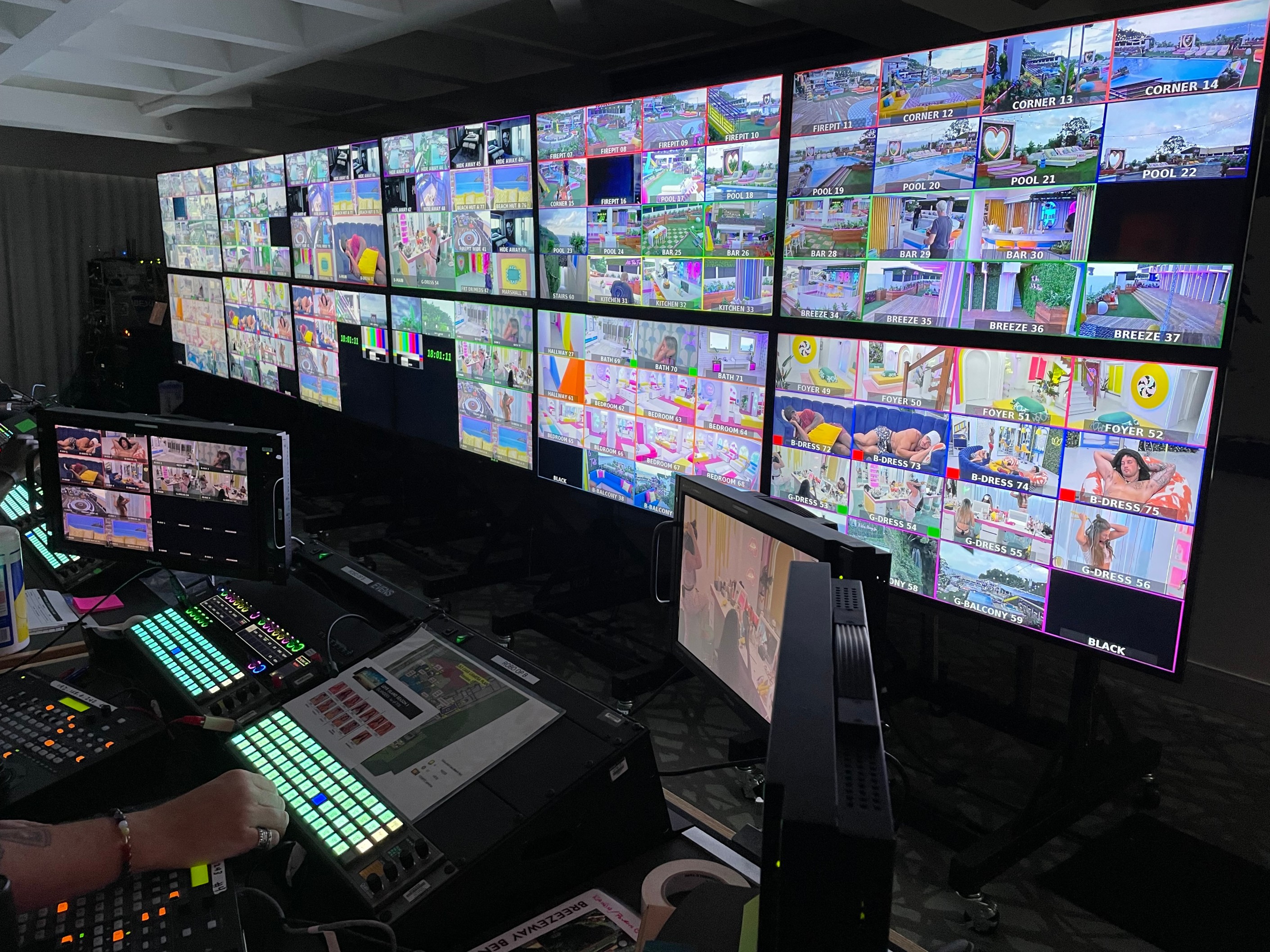 It’s been said that love will travel as far as you let it, and that it has no limits. In the case of ITV Studios’ hit reality series “Love Island,” no amount of technological obstacles – even during a pandemic – could prevent the global television production powerhouse from delivering its trademark dating show to millions around the world.

ITV Studios has created some of the most popular brands in entertainment television worldwide, and their hit franchise, “Love Island”, is no exception. Since its debut in the UK in 2015, ITV Studios has brought the “Love” to multiple countries, expanding the brand around the globe. ITV Studios once again tapped longtime media technology partner and reality TV veteran NEP Group to provide end-to-end broadcast solutions to handle the facilities and infrastructure for its U.K., U.S. and Australian productions.

As unique as the personalities on the show itself, each version required a different set of solutions to successfully execute its reality show drama so many have come to love. All three editions faced the challenges of an ongoing global pandemic. For “Love Island U.K.”, to navigate a slew of logistical demands, NEP and ITV Studios introduced a plot twist to the usual production plan – a fully remote environment. Think long distance relationship.

With only three engineers and just a handful of crew members on site with the contestants in Mallorca, Spain, the production team managed the entire production from the new NEP Production Centre at Gray’s Inn Road in London.

With zero Hot Head camera operators on site, robotic cameras were managed remotely from London using NEP Connect’s Anylive® network, with ITV directors operating as if they were actually at the Villa in Mallorca. Additionally, NEP Connect provided 64 video feeds to the London facility, where a crew of 75 people made the magic happen from over a thousand miles away.

“Remote Editing and Short Term Event (Sport) remote production is becoming quite common, however, in this instance we required a system design that would give us resilience and a 24/7 operation for over 60 days. NEP Group looked after the remote OB element, Connectivity and offered us the ability to work out of a central London facility,” said Steve Kruger, Head of Technology, Entertainment, at ITV Studios.

“We have always had a great relationship with NEP. They have worked on the show since the franchise was rebooted in 2015, and always produced the best end-to-end solution for us. This year was no exception. We were up against an extremely tough challenge, and they stepped up, delivering something truly innovative.”

Between the season debut in early July and the season finale in late August, ITV successfully broadcast 58 episodes in a completely remote environment – an absolute first for large-format reality TV. Each episode turned around seamlessly to air just 30 hours after the action happened.

While Season 7 aired in the U.K., “Love Island USA” Season 3 was heating up in Hawaii. The reality TV tandem of ITV America and NEP previously worked together on Seasons 1 and 2 in Fiji and Las Vegas, but this third season required a new framework.

Not many locales compare to Hawaii in terms of on-camera aesthetics, but adequate space for crew and setup were hard to come by. With that, ITV America partnered with NEP’s subsidiary brand, Bexel, standing up a main control room gallery off site at the Grand Naniloa Hotel, about 20 miles away from the set. The tech base was set up about 2,500 feet from the main set, two miles away from the Casa Amore set. Transmission and editing were located 3,000 miles away at The Switch’s facility in Burbank, Ca., featuring just an 18-hour editing turnaround.

While not as distant as the U.K. production, the U.S. affair – which wrapped in mid-August – utilized 11 manned broadcast camera chains and 105 robotic and POV cameras. ITV America also housed logging facilities as far away as Sydney.

The U.S. team ultimately delivered over 50 hours of content to three different networks during the six-week shooting period.

“This production is truly a team effort,” said Bryan Kirby, Project Manager for Bexel who supported NEP’s efforts in Hawaii.

“NEP/Bexel provides the tech with on-site project management, ITV runs the production and brings in great design and creative teams, The Switch manages connectivity, Gale Force brings in power, and SOS Global, another NEP division, handles end-to-end logistics. But, it is too simple to just list the specs of the gear provided on a project of this size. It takes amazing engineering, teamwork and skill to execute these shows. Our engineers keep the systems running and also provide planning and consultative services to help the shows run more efficiently.”

While the sun has set on the U.K. and U.S. versions, things are just warming up in Australia. NEP created a more traditional production setup for the ITV Studios team in Federal, Northern NSW, providing a broadcast compound on location with the entire production team on site with show contestants.

To learn more about NEP Group’s complete spectrum of solutions, innovative products and services that enable our clients to make, manage and show the world their content—visit NEP Group online.

About ITV Studios
ITV Studios is a creator, producer and distributor of world-leading programmes that people can’t get enough of. We connect millions of people every day and shape and reflect the world they live in, we are More Than TV.

ITV Studios is home to some of the best creative minds, crafting over 8,400 hours of original programming across 60 production labels. Our global footprint spans 13 countries including the UK, US, Australia, France, Germany, The Nordics, Italy and the Netherlands and our global distribution business sells our catalogue of 46,000+ hours to broadcasters and platforms around the world.

NEP Group has achieved a milestone in sports broadcasting with the successful live, remote production from Sydney of the IAAF World Relays 2019.